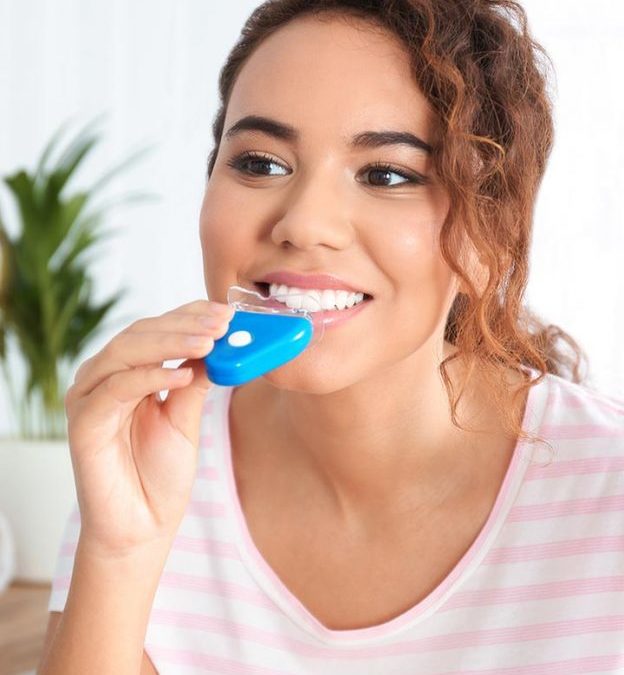 Social media moguls, or influencers, truly influence those who engage in social media. With their large following, they can reach a wider audience and reach more people. The power of social media is not only used for advertising but also as a tool to promote products and services. Lately, more influencers are showing off their pearly white teeth and teeth whitening products. This trend has been growing rapidly over the past few years and it is becoming increasingly popular. Many celebrities have started using these products to make their teeth whiter and brighter. But are these products trustworthy, do they work, and are they safe? Let’s find out!

Hydrogen peroxide is often the active ingredient in most teeth whitening treatments, so many influencers are using it to help whiten teeth. However, there are some who use this product without knowing that it can be harmful for your teeth. Obviously, the over-the-counter hydrogen peroxide is less potent than the medical grade stuff, but that does not mean that one should use more to achieve the same whitening effect. Some influencers are applying this directly to their teeth, but most dentists do not recommend this as a daily treatment, as it can be harmful for your teeth. Though this may seem like a low-cost solution, it can be detrimental to your oral health in the long run. Our advice: talk to your dentist before applying hydrogen peroxide to your teeth.

In a similar way, influencers are using baking soda as an abrasive to whiten their teeth. They apply the baking soda to their toothbrush, add hydrogen peroxide, and brush their teeth with that combination. Because of the abrasive qualities of the baking soda, it will whiten your teeth a few shades. However, adding this substance with hydrogen peroxide becomes a problem, as the acid can wear away your teeth over time. Baking soda singularly is not a super harmful substance for your teeth, but scientists have figured out the best levels of baking soda to use within toothpaste products. Therefore, using baking soda separately is not necessary nor recommended.

You may have seen influencers rocking a strange glowing device in their mouths, posing for a quick selfie. These devices are called whitening kits. They contain trays of a whitening gel that are placed on the teeth. Then, the UV light is turned on, and the process begins. Unlike the other whitening processes, this kit works by dehydrating your teeth instead of using hydrogen peroxide. Your teeth have an enamel layer on the outside and a dentin layer on the inside. When moisture is removed, it dries up in the same way that anything with water does. It’s similar to how dried fruit turns a lighter color and then returns to its original tint when rehydrated. The usefulness of the UV light is debated, but it surely makes for a great Instagram picture!

Whitening your teeth with a toothpaste is the best way to remove stains and debris from your teeth. However, if you need help removing stains or debris from your teeth, there are some things that you can do to help. Enlisting the help of modern influencers can be just the fix you need! Whether you use the whitening power of hydrogen peroxide, baking soda, or other DIY whitening kits, you should know what they work and how to use them safely. If you have any questions about whitening your teeth and the best processes for doing so, contact a top-rated cosmetic dentist near you for the most accurate advice.